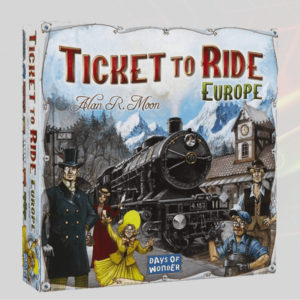 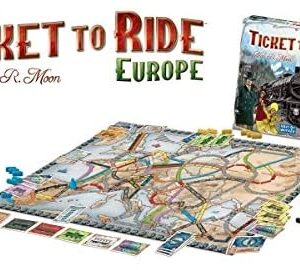 First Journey takes the gameplay of the Ticket to Kids Play Ride Time Tick series and scales it down for a younger audience.

In general, players collect train cards, claim routes on the map, and try to connect the cities shown on their tickets. In more detail, the game board shows a map of Europe with certain cities connected by coloured paths.

Each player starts with four coloured train cards in hand and two tickets; each ticket shows two cities, and you’re trying to connect those two cities with a contiguous path of your trains in order to complete the ticket.

On a turn, you either draw two train cards from the deck or discard train cards to claim a route between two cities; for this latter option, you must discard cards matching the colour and number of spaces on that route (e.g., two yellow cards for a yellow route that’s two spaces long).

If you connect the two cities shown on a ticket with a path of your trains, reveal the ticket, place it face up in front of you, and then draw a new ticket. (In case you can’t connect cities on either ticket because of blocked paths, you can take your entire turn to discard those tickets and draw two new ones.)

The first player to complete six tickets in Kids Ride Time Tick wins! Alternatively, if someone has placed all twenty of their trains on the game board, then whoever has completed the most tickets wins!

There are no reviews yet. 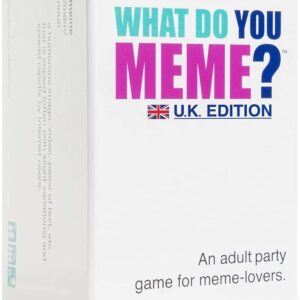 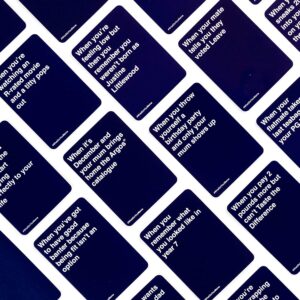 WHAT DO YOU MEME? U.K. Edition 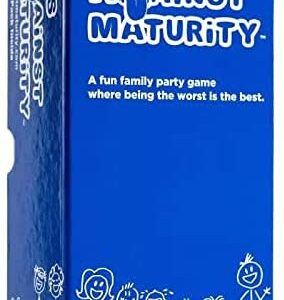 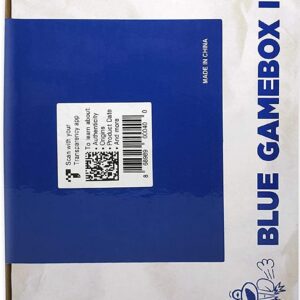 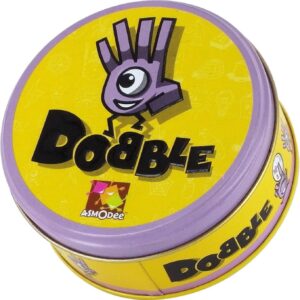 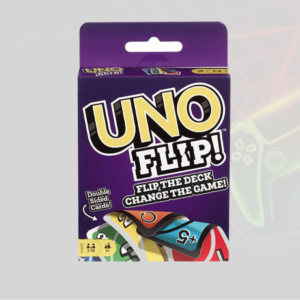 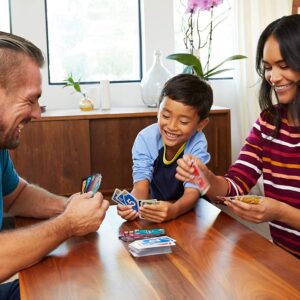 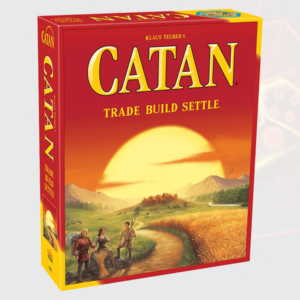 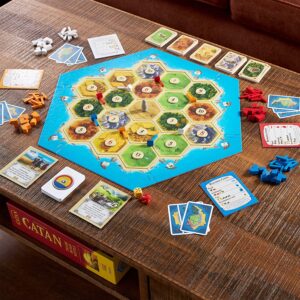 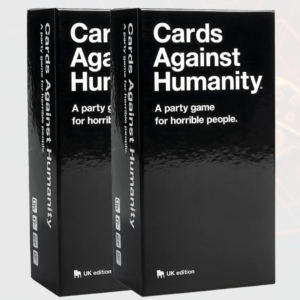 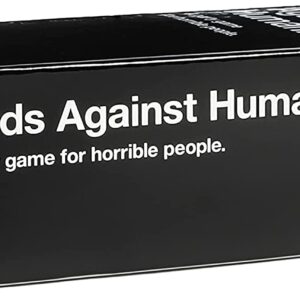 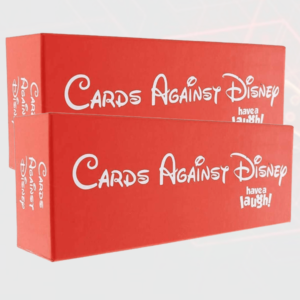 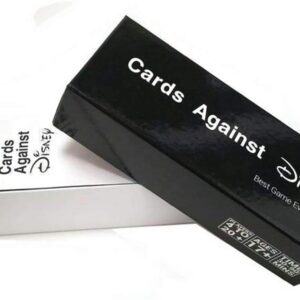 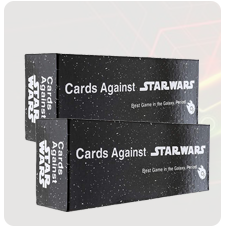 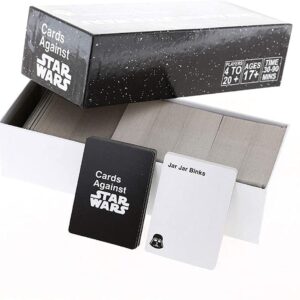